Less than an hour’s drive from the bustling streets of Cartagena lies a place so surreal it seems straight out of a García Márquez novel: after driving past kilometres of nothingness, one suddenly stumbles across a bubble-gum pink lake, with people flocking around it like flamingos around a watering hole.

Welcome to Galerazamba, a relatively undiscovered treasure of the Caribbean coast, consisting of salt mines which are tinted pink by salt-loving microorganisms called dunaliella salina which release beta carotene, the protein found in both carrots and prawns (who would have thought that a prawn and a carrot have something in common?!).

Galerazamba had remained a pretty well-kept secret until fairly recently, when the hoards of photo-hungry tourists (see one of said tourists above) began to descend upon the rather unprepared community. Heightened by social media and geo-location tagging in Instagram, suddenly everyone wanted to visit this natural wonder – but in our very human nature, seeing wasn’t enough. We wanted to touch it; get closer to it. Try showing a shiny new toy to a 5 year-old but telling them they can look, not touch. Difficult, right? And if you don’t tell them they cannot touch, you are bound to have sticky fingerprints all over the toy before you can count to five.

With this new influx of tourism, the locals also saw an opportunity. They started charging $5000 COP per person to enter the lakes, as well as $2.000 for parking, and extra for photos, boat rides, and even foot rubs once inside. Something I have always admired about Colombians is their resourcefulness – never passing up on an opportunity to make money. However, we must be conscious of the dangers of disorganized tourism on such a large scale. According to El Espectador, Galerazamba received more than 45,000 tourists in the space of a few months, and a whopping 30,000 in Semana Santa (Easter week) alone. Which means 45,000 people needing a bathroom and a parking space, 45,000 people’s trash, and 90,000 feet trampling in this delicate ecosystem, some with shoes on.

Unless all of this is controlled – and by controlled I mean proper trash disposal/ recycling, ecologically and responsibly-disposed portable toilets, and restricted access into the salt mines, we may not be left with many natural wonders such as this in the future. We visited Galerazamba in April 2019, and only after returning did I become aware of the damages that have been done to this incredible natural wonder. All this for that must-have Instagram photo?

The devastating photo above depicts the same lake before the influx of tourism and after – undoubtedly, the salt production has been affected by those thousands of feet trampling through this delicately balanced phenomenon.

They say the “ideal tourist” is one whose presence goes undetected after their departure, so if you visit, please keep in mind the following points in mind:

How to get there

Despite not being far from Cartagena, transport links are not so established yet as this is a relatively new destination. Below you can find the different ways of getting to this unique location.

The “Posh Ride”
We rented a car in Crespo (the neighbourhood where the airport is), and the full-day rental cost $120.000 COP, which is very reasonable if you share it between 4 people. This is a great option as you have the freedom to go at whatever time you like, and you can also drop in on the Volcán de Totumo afterwards, which is super close. Important to note that you will also have to pay a toll fare along the way.

The “Backpacker”
If you are at the other end of the city, or want the cheapest (or most adventurous way) of getting there, you can go from the Terminal de Transportes (click for map), where you can get a bus along La Cordialidad for $10.000 COP. There is another route Galerazamba-Cartagena to Santa Catalina, which costs the same.

The “Tourist”
Lots of tour companies are also looking to sell this tour, so keep an eye out and search around for the best price and get a private, air-conditioned van to take you there (lunch is probably included too).

Important points to keep in mind

This natural phenomenon is dependent on the weather, and cannot be seen all year round. In order to collect the salt, the salineros (salt collectors) must close the salt mines, as the bright pinky red colour is an indicator that the salt is ready to be collected. The community hopes to extract over 20,000 tonnes of salt this year, but time will only tell if the production has been affected by wave of tourism that has descended on this small and humble community this year.

One thought on “Galerazamba: Colombia’s pink sea. Another wonder of nature ruined by tourism?” 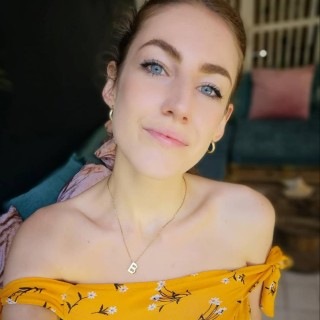 Hi, I'm Beth! The Inglesa (English girl) adopted by Colombia. I was born in a swimming pool one hot summer of ´92. Since then, I have found inspiration in books, sunsets, and the smell of the sea. Now based in Cartagena, Colombia, I want to share with you my best tips, tricks, and local advice for living a life without limits 700 miles from the equator.

There was an error retrieving images from Instagram. An attempt will be remade in a few minutes.